“For the Love of Children” Life Time Achievement Award, 2016 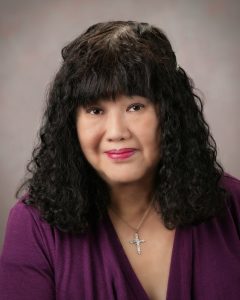 Anne Buettner received the prestigious “For the Love of Children” Life Time Achievement Award, 2016, and was honored at the Riverside County Club banquet. She is being recognized in central Nebraska for her extraordinary contributions to the well-being of children and youth through her profession, her leadership, and participation of various volunteer activities.

She helped started the Crisis Center. It was called the Grand Island Task Force on Domestic Violence and Sexual Assault. She was the first Project Director as a volunteer in 1978, and she was Board president in 1980 and remained involved until mid-1980. Then, it became The Crisis Center. When she started, it was a $10,000 operation. Today it has a budget of several hundred thousand dollars. At that time, they passed the pager from volunteer to volunteer in weekly rotation. She can tell you that each time they put a woman, an abused spouse, in the shelter, (they did not have ranch houses as shelters at that time; they gave vouchers from Salvation Army for motel rooms) they always came with children. That was Buettner’s micro-grassroots hands-held with children contribution. Later she progressed to policy-making.

Then there was the local Association for Child Abuse Prevention of which she has been a member for 22 years and was president for two terms.

It was Voices for Children in Nebraska that she found her niche for children’s well-being. She was on the Board of Directors from 1988-1995 for three terms. Then recently she was recycled, so to speak, on the Board for two terms from 2010-2014. They espoused five areas: health, education, child welfare, juvenile justice and economic stability. She focused on health. She could not count the number of legislative bills she supported and opposed, by writing letters or testifying in person.

Perennially, she is legislative chair of Nebraska Association for Marriage and Family Therapy. She has also served as president three times in each decade for the same organization. As a family therapist, she works with children and youths and so it is logical that she is involved with legislative bills that pertain to children’s well-being, not necessarily mental health.

In reference to the Parenting Acts of 1997, 2007 and 2011, co-parenting education are mandated for those parents going through divorce and separation or litigation involving children. Buettner was very active with Central Mediation Center and was chair of their Board, from 1996-1998 and now, 2013 to 2016. She was active in the establishment of Co-parenting Education as she wrote and gathered materials for the manual approved by the Office of Dispute Resolution at US Supreme Court and this manual has been used for the last 15 years in Parenting Education sponsored by Central Mediation Center, which serves 31 counties. To this date, she holds three-hour workshops on a monthly basis. She calls them workshops instead of classes because they are interactive and not just a lecture. In her opinion, they are far more effective than online parenting education.

“Divorce laws used to be about dividing properties and assets and child support. But what about the children? What about the children’s rights? Children of divorce should be at the center, but not in the middle. In the best interests of the children, how do parents parent from different households? That is the definition of co-parenting. The materials I use are not what I think is morally good or legally right. They are all based on data coming from voices of children of divorce and separation or children in the midst of custody or visitation litigation. The last count is 18 million children, as of 2010, and so we have more children of divorce in US than they have children in Germany.”

Buettner considers her greatest contribution to Nebraska public health to be helping to establish the licensing law of all master level mental health practitioners at 1993 while she represented marriage and family therapists. By 2007, she helped to establish the Licensed Independent Mental Health Practitioner credentialing law. Both laws took at least five years of battling and lobbying before their enactments. 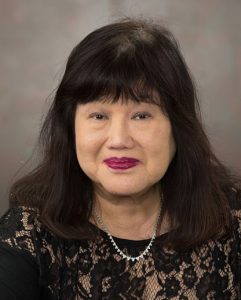 The Award is the 2017 Divisional Contribution Award  presented to Anne Buettner at the AAMFT national conference October 6, 2017, at Atlanta, Georgia.

The award is based on significant and long standing leadership in the profession of marriage and family therapy.

Buettner has served as president of Nebraska Association for Marriage and Family Therapy three terms at different decades, 1985 to 1986. 1998 to 1999, 2008 to 2009.   She is the only president in divisional history of AAMFT who has done that.

Buettner  achieved  passage of state licensure/certification laws for marriage and family therapists at 1993  under the  omnibus credentialing  of Licensed Mental health Practitioners  after eight years’ efforts .    She is the perennial legislative chair who was also responsible in leading  the five years  movement toward establishment of  Licensed Independent Mental Health Practitioners at 2003,   and subsumed under it are the Licensed Marriage and Family Therapists.

Buettner believes in advocacy via legislation.  It is like if we were not at the table, we would be the menu.  One of the few legislations Buettner led to introduce to the legislature and the bill became law is to allow marriage and family therapists who are licensed independent mental health practitioners to be eligible to sit on Mental Health Commitment Boards of different counties in Nebraska, 2005.

Buettner advanced the profession by embracing a family systems framework and a wider social system as trained mediator of Central  Mediation Center and serving as Board chair,  1996-1998 and 2013 to present.

Coparenting psychoeducation is a significant part of  marriage and family therapy. In Nebraska, there were the Parenting Acts of 1997, 2007 and 2011. Coparenting education are mandated for those parents going through divorce and separation or any litigation involving children.  Buettner wrote and gathered materials for the manual approved by the Office of Dispute Resolution at the Nebraska Supreme Court and this manual has been used for the last 15 years  at the Parenting education sponsored by the Mediation centers in the state. To this date she holds those three hours workshops at Hall County  on a monthly basis.

It was through  Voices for Children in Nebraska that Buettner contributed by using marriage and family therapy experience to affect the structure of society.   She was on the Board of Directors 1988 to 1995 and then 2010 to 2014. As a family therapist, Buettner work with children and youth and so  she is involved with bills that pertain to children’s well being,  not necessarily mental health.  It was countless bills that she wrote letters or testified in person be it to support or oppose.

It is correct , not politically correct, to say that it is impossible  for one person to succeed in the above areas  of legislation and advocacy.  Buettner believes she is blessed with working with other leaders of like minds and similar passion within Nebraska.